Knowing the layout of the current station is important! This page is arranged in the order of station size. All maps listed are currently in rotation.

Smallest avaible station as of right now, it's an adapted version of Goonstation's Atlas, done by Emisse. 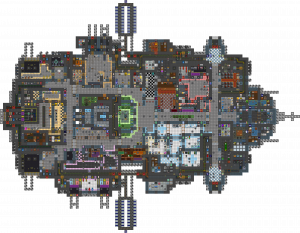 Original map by PJB. The default map for testing with a maximum players of 29. Currently updated / maintained by Emisse. 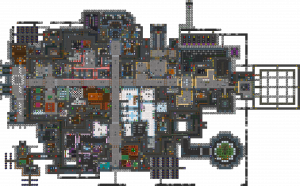 Original map created by Emisse and the 4th station to release on SS14 to provide an alternative to Saltern. It has a 35 players maximum. 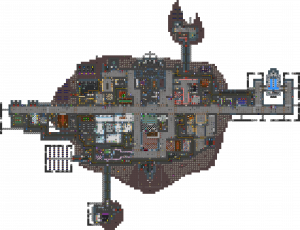 Originally called NT Barratry, it was created and is being currently maintained by EmoGarbage404. It's main features are worn off aestethic and reduced amount of line of sight compared to other maps. 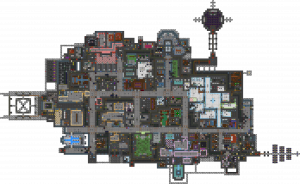 Created by Emisse and inspired by old bagel and old donut station from SS13. Released hot on the heels of Pillar to much fanfare. Has a minimum player count of 30. 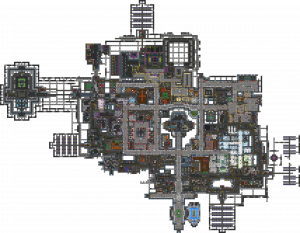 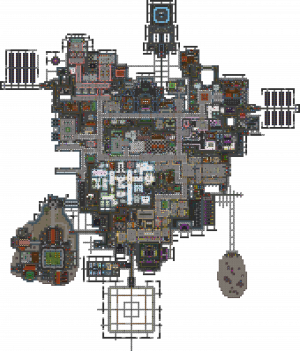 An original map created by Peptide. 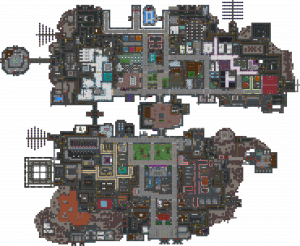 Original map created by Peptide. The third major map to hit SS14 and one of the largest to date. Partially inspired by Box and intended to be one long ship-station very loosely inspired by the Pillar of Autumn. Also the first map to feature docked escape pods and shuttles. Spacious map with large departments, good for new players to learn the ropes. 40 Players minimum.

Map from SS13's /tg/station that was ported by Timrod. By far the largest map at roughly 2x the size of Bagelstation. 60 players minimum, no current maximum. 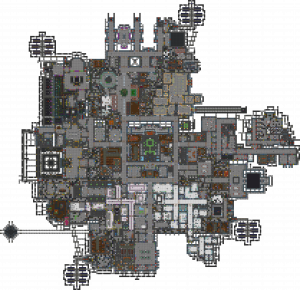